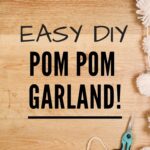 Make your own pom pom garland with this fun and easy tutorial! They’re perfect for mantels and Christmas trees!

We are all about making pom poms at my house. So it was only natural that we needed some pom pom garlands for our Christmas decor.

How To Make A Simple DIY Pom Pom Garland

These are fun to make, easy, and addictive! If you’d rather see the video tutorial, scroll to the bottom of this post. Let’s get started!

Open one side of the pom pom maker and begin wrapping the yarn. I like to start on one end and work toward the other. For the small sized pom pom, about 30 wraps per side will give you a nice fluffy (but not overly full) pom.

You can do fewer or more wraps, depending on how full you want your pom poms to be. It’s just important to do roughly the same number on each side so your pom pom won’t be lop-sided.

2. Close The First Side

Once you’re done wrapping the first side, close it and open the other side.

3. Wrap The Second Side

Repeat the process from before, wrapping the entire second side of the pom pom maker. Then close the second side. It should look like this:

Now take the craft scissors and cut all the way around the groove in the pom pom maker. When I first started my pom-pom-making journey, I tried to use regular scissors to cut them. Is it possible- yes, sort of. But it’s difficult and frustrating. I ordered these $6 craft scissors, and they’re perfect!

Note: DO NOT open the pom pom maker yet. You’ll end up with a big pile of little pieces of yarn! Wait until the pom pom is tied (next step) before you open it.

5. Tie the Pom Pom Onto the Garland

Cut a length of yarn, a bit longer than you want your final garland to be.

Now wrap the yarn around your pom pom maker, fitting it into the groove that goes all the way around. Cinch it as tight as possible and tie a single, and then a double knot. This is what holds the pom pom together, so make sure it’s tight!

Open the two sides of the pom pom maker. Then pull the two halves apart to release the pom. It should be attached (and held together by) the long piece of yarn that will become the garland.

Use the scissors to trim the pom pom, making it even all the way around. But be careful not to cut the garland string.

Now continue making pom poms and using the garland string to tie them together. They can be as close together or far apart as you like.

Once all your pom poms are made, you can be done. Or if you want some extra embellishment, add glitter.

I draped my garland over an Amazon box to prevent adhesive spray from getting all over the house. Ideally this is something to do in the garage or outside, since it’s a bit stinky. Spray each pom pom with glue.

Move the garland to a clean sheet of paper or parchment and sprinkle it with glitter. Once it’s dry, shake the pom poms off.

Last year, I hung the pom pom garland on my mantel for Christmas. And since they sort of look like little snowballs, I left it up for Winter too.

This year, I used my pom pom garlands on my Christmas tree, and I’m loving the look! You can see the rest of my colorful Boho Christmas living room tour here!

Unfortunately Fozzy enjoys pulling the garland (and all the ornaments) off the tree. But what are ya gonna do?

You can customize your pompom garland however you like- rainbow-colored pom poms, Fall colors, add wood beads, the possibilities are endless!

How to Make a Tassel Garland With Yarn 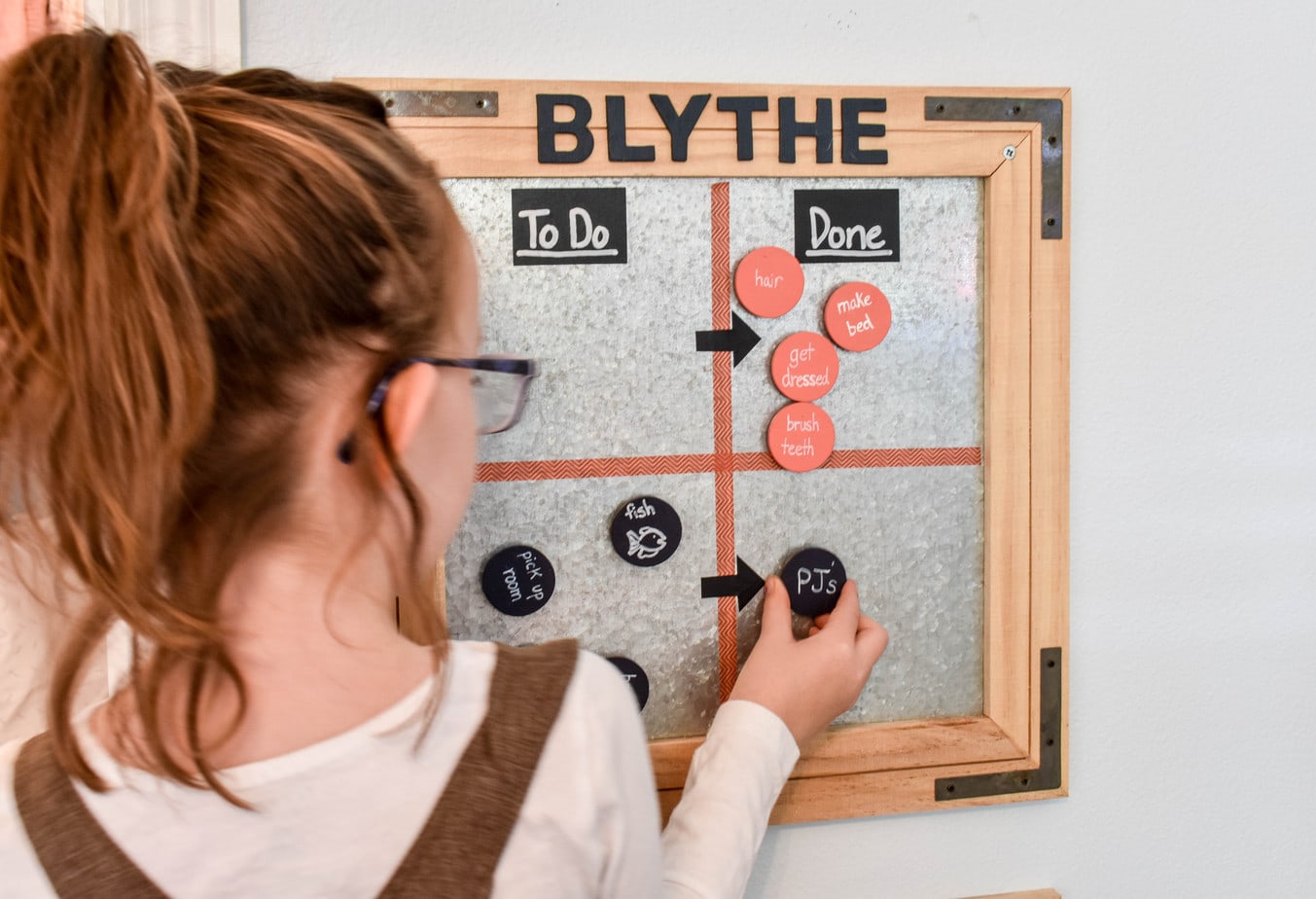 These magnetic morning routine charts for kids will help everyone get ready for school. They’re great for both preschool and elementary kids! Mornings have never been my favorite time of day… and once I started trying to get two young kids up, dressed, teeth brushed, shoes on, fed breakfast, packed up, and out the door… 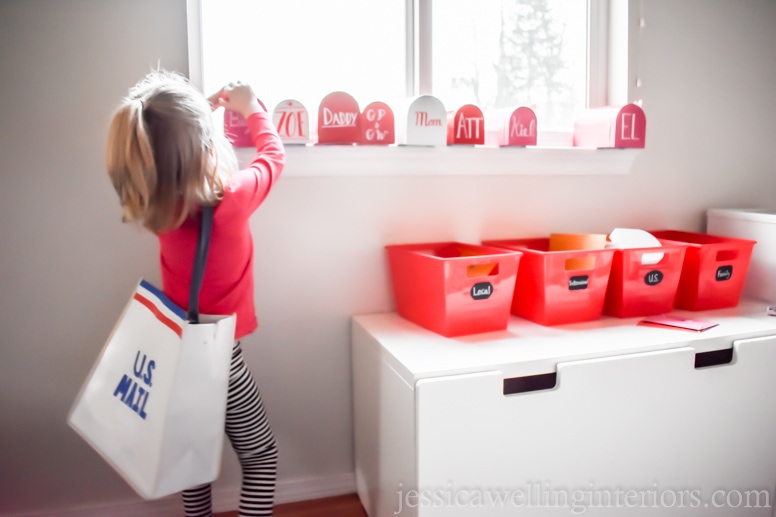 This simple and fun play post office is the perfect dramatic play activity for preschool and elementary kids. They’ll love creating, sorting, and delivering the mail! When I was in third grade my teachers set up a post office in our classroom and we had to write addresses for each of our classmates’ valentines. There… 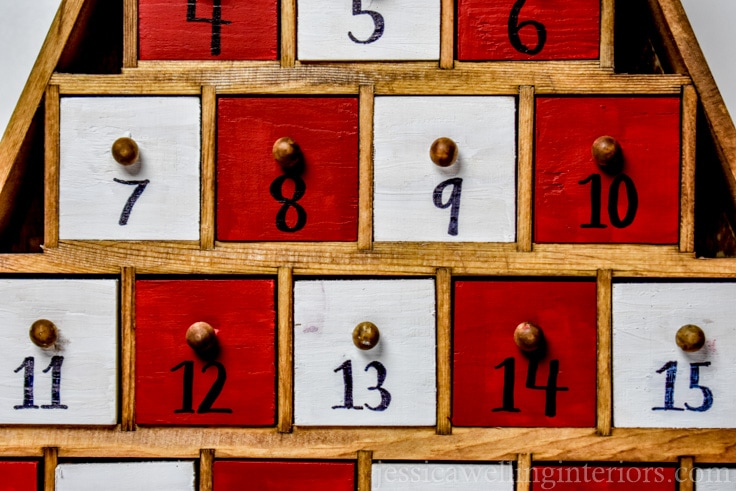 Make your own easy wood painted reusable advent calendar to countdown to Christmas!  I’ve been wanting a re-usable advent calendar for a few years now, and this is the year! I’m moving toward a mid-centuryish aesthetic with my decor, and I want to start taking my Christmas decor that direction too. So today I’m going… 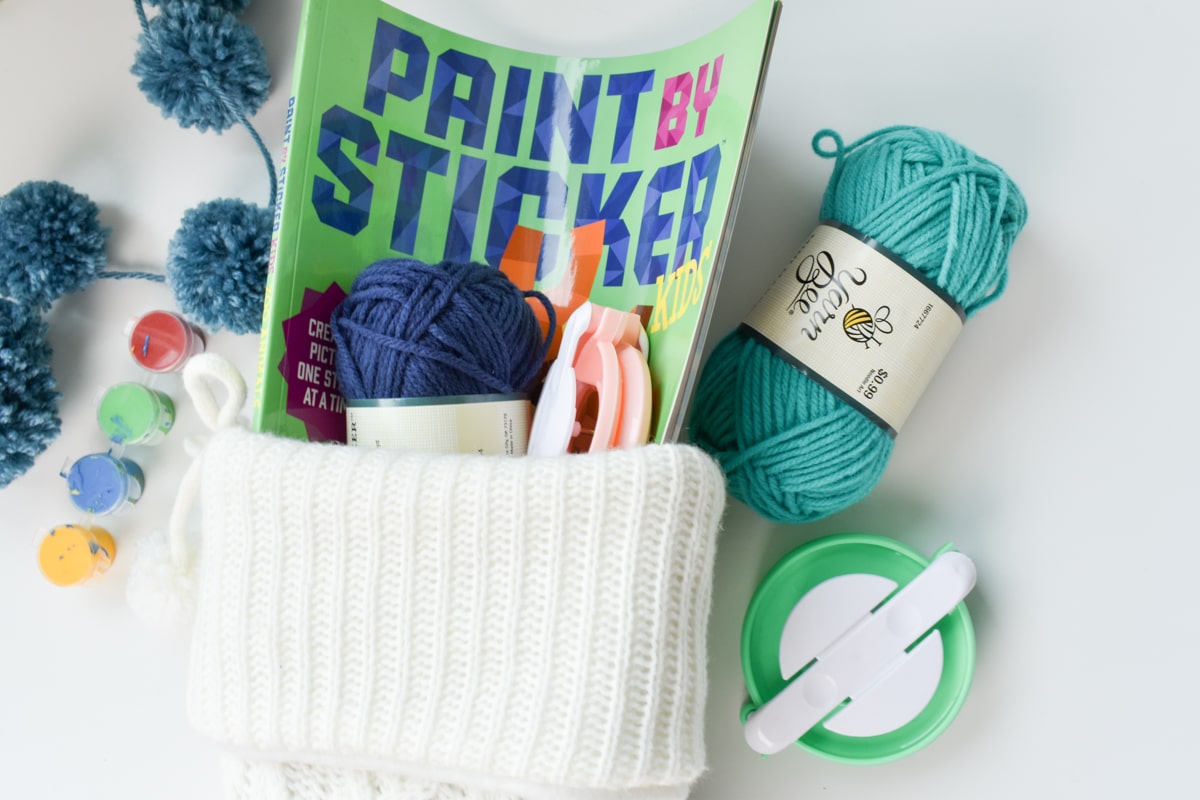 Fill stockings with these arts and crafts gifts for kids to spark their creativity, and they’re all under $12! These small gifts for creative kids are perfect for Christmas stocking stuffers, Easter baskets, Valentine’s Day, and more. I’m dividing them up by age group for your convenience. If you’re looking for slightly larger arts &… 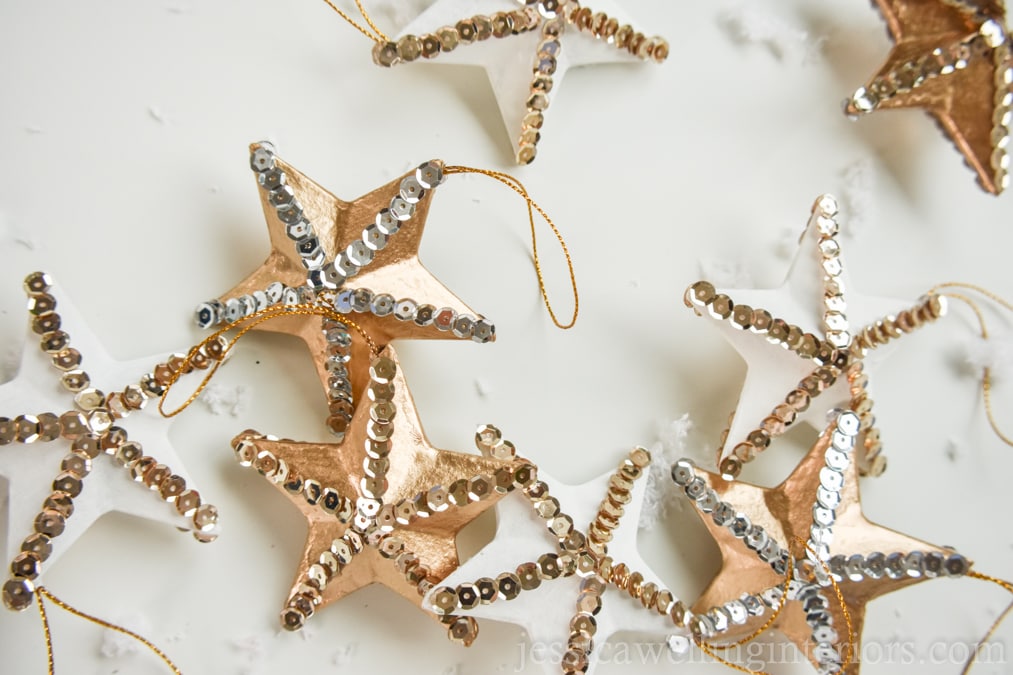 Make these easy DIY Christmas ornaments to give your tree a retro look! Materials: paper mache star ornaments (I used these inexpensive ones from Amazon) gold leaf paint (this is my favorite brand- I use it all the time!) Que-tips or disposable paintbrush tacky glue sequins– I used this multi-pack paper bag or something to… 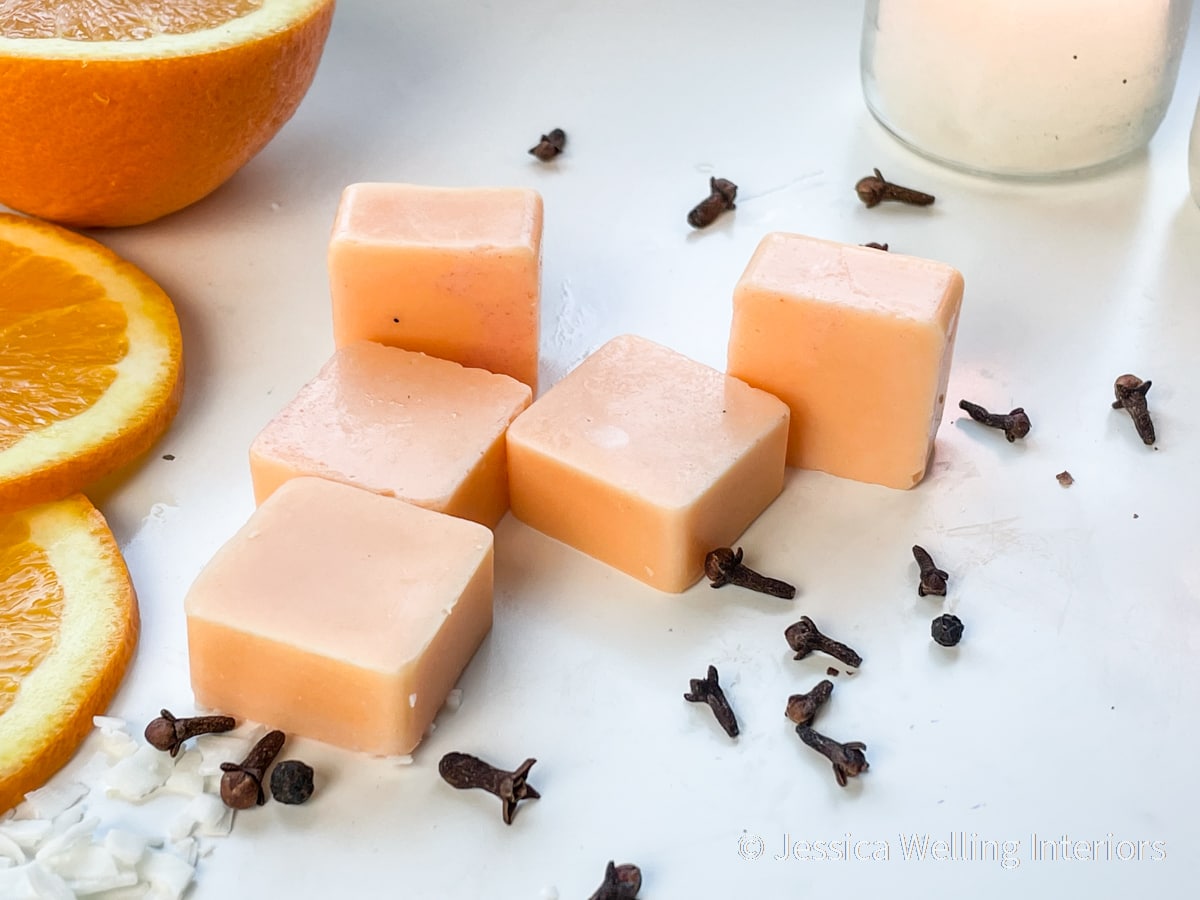 These quick and easy DIY orange and clove wax melts are the perfect thing to make your home smell amazing during the holidays! If you want to make soy candles, check out this tutorial. Why Use Soy Wax? Soy wax is quickly gaining popularity because it’s a natural product (unlike the more common paraffin wax)…